An amazing opportunity still exists to purchase in this world class high-rise with the release of what was John Singleton’s own portfolio - 10 stunning 2 bedroom units with an average internal floor space of 90sqm, which is 20sqm bigger than most 2 bedroom and some 3 bedroom units, and the finishes are simply outstanding. Prices start from the mid $600,000s making this very attractive for owner occupiers and investors alike. Construction is well under way and due for completion in late 2018.

Bonython Tower is the latest residential and commercial development currently under construction in the heart of Gosford.Offering spacious two bedroom apartments with sensational views and the convenience of the vibrant Gosford City at your door.

With beautifully composed architecture and spacious interiors, Bonython Tower offers striking residences enhancing its surroundings. As you pass through the award winning restaurant and café you will greeted by a stunningly crafted spiral timber staircase, winding its way up to an array of commercial suites. Beautiful interiors including stone benches and timber floors, are softly layered together into a luxurious modern aesthetic. The bathrooms offer class and elegance with limestone flooring, frameless shower screens and custom made vanities.
Bonython Tower will set a standard of development building unlike anything we’ve seen before.

Bonython Tower is set in an unrivalled location in the heart of Gosford, and is as charming as it is convenient. A haven for shopping, cafes and restaurants, it is a cosmopolitan setting where you can relax, socialise and explore. 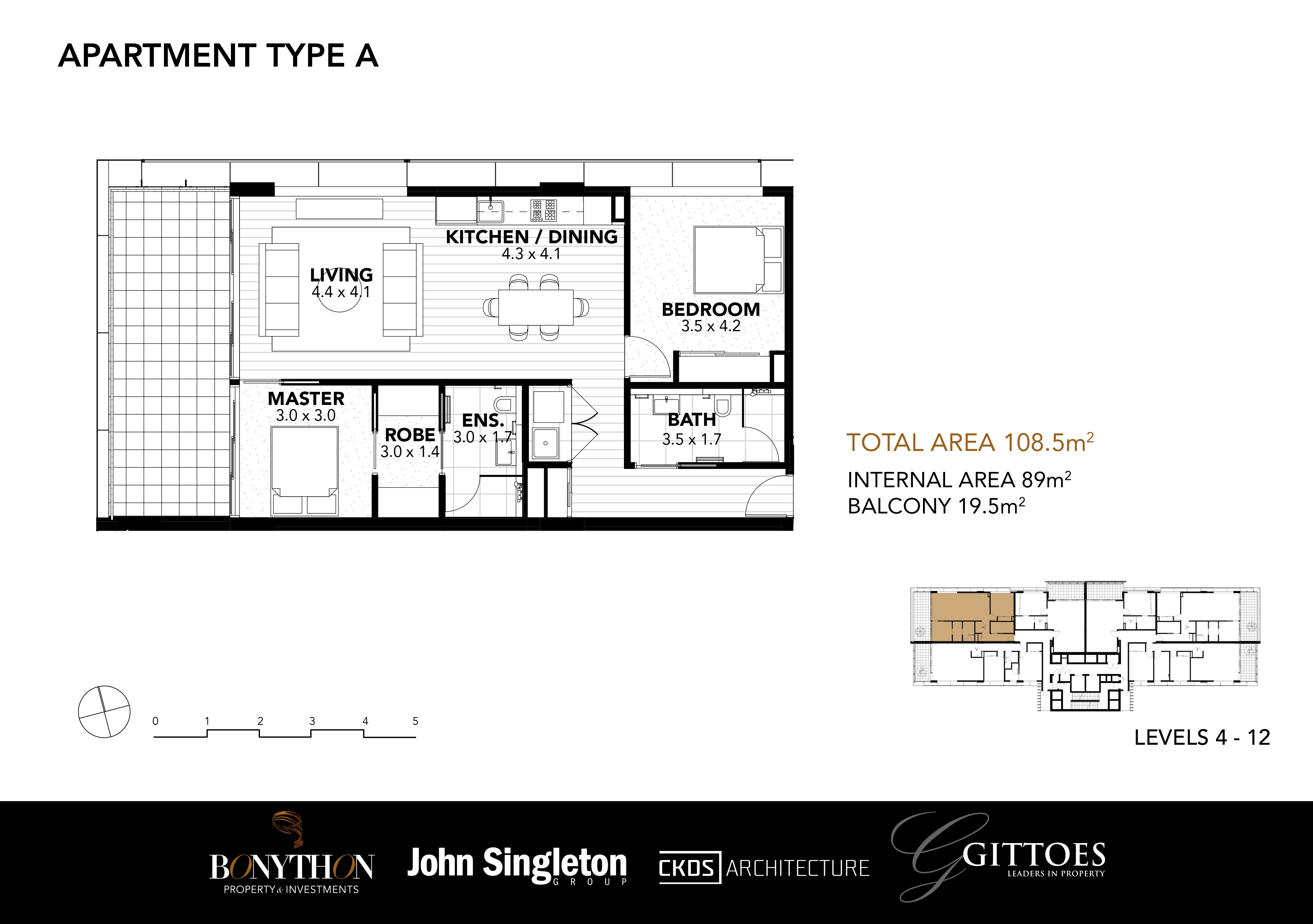 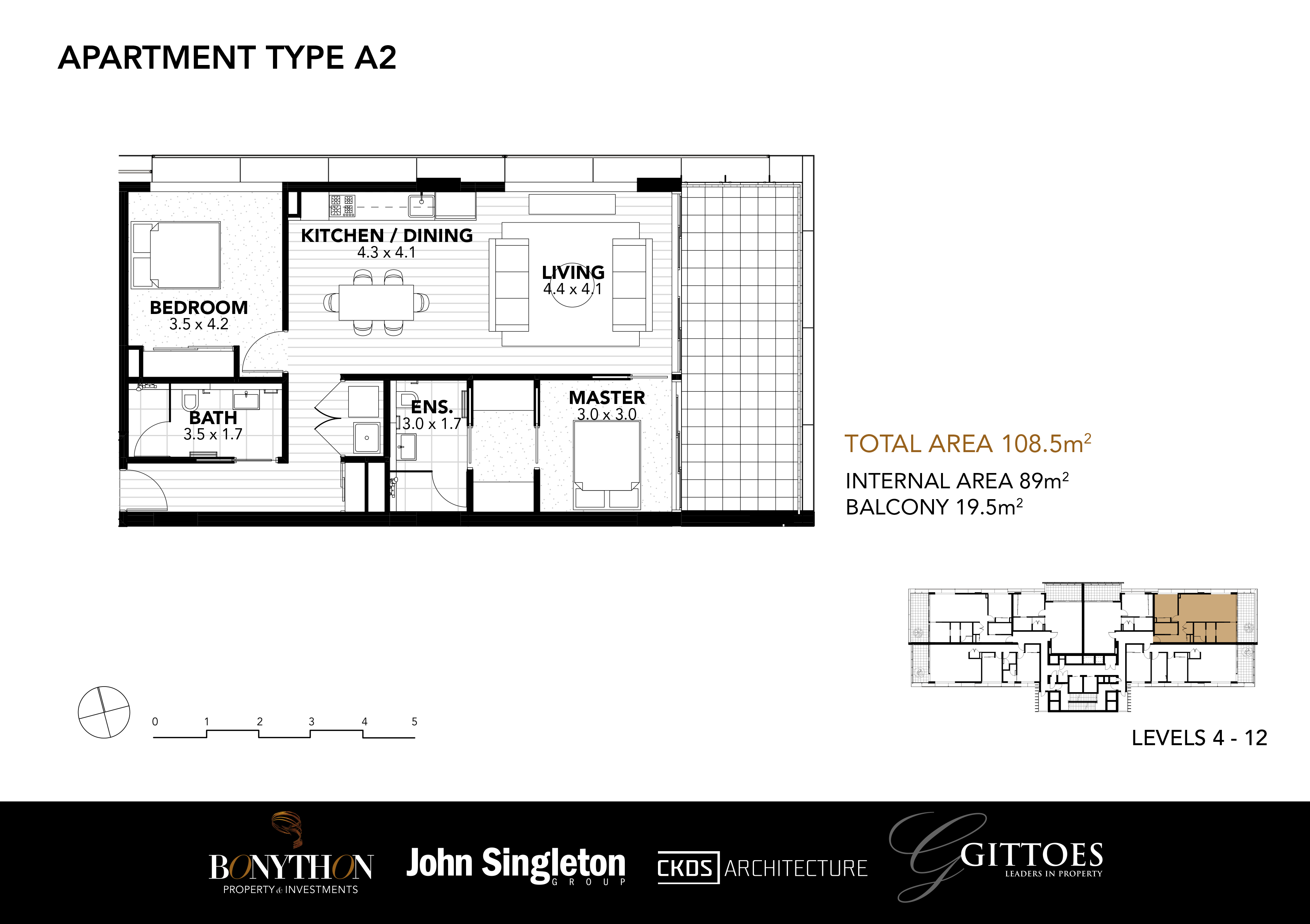 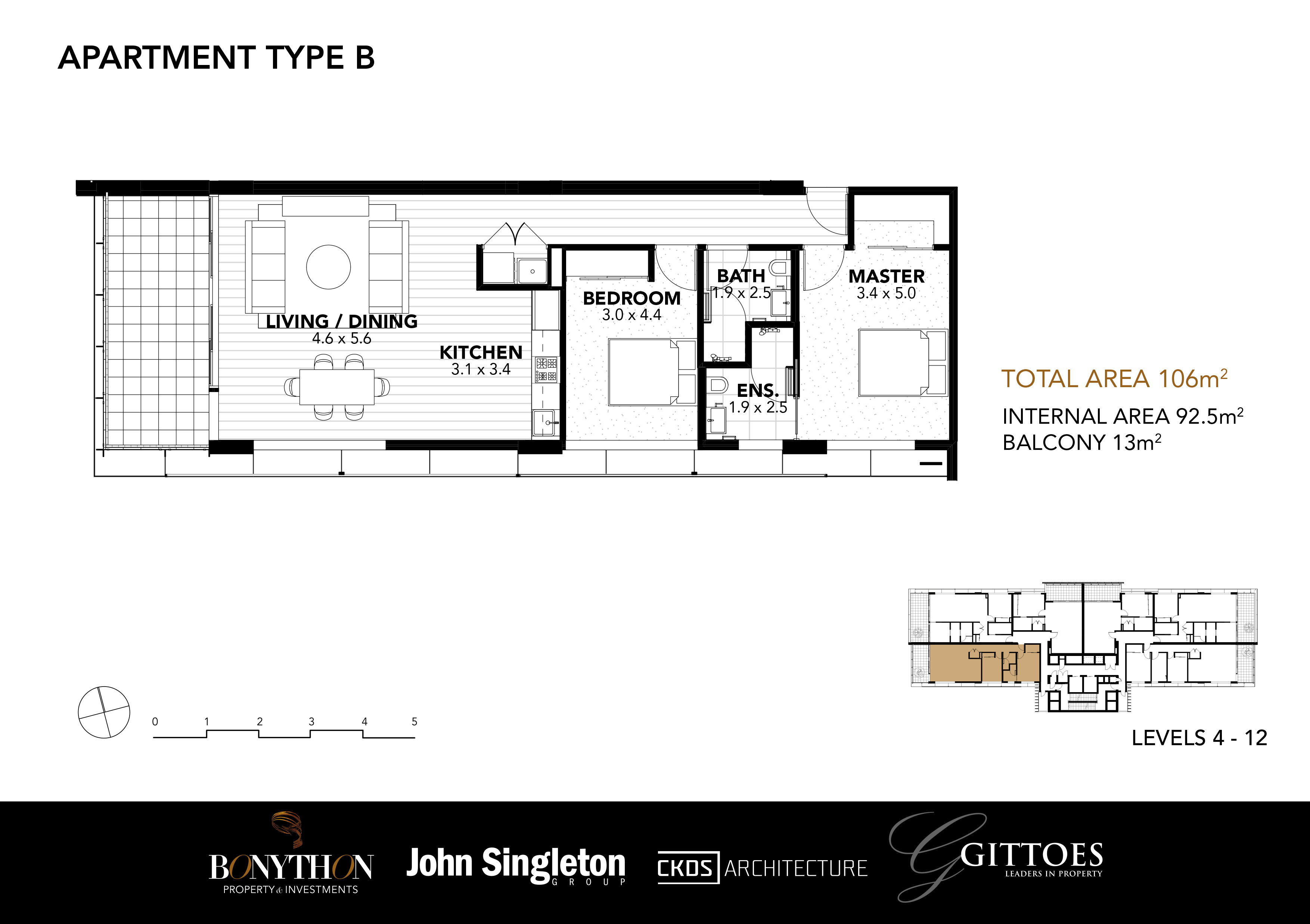 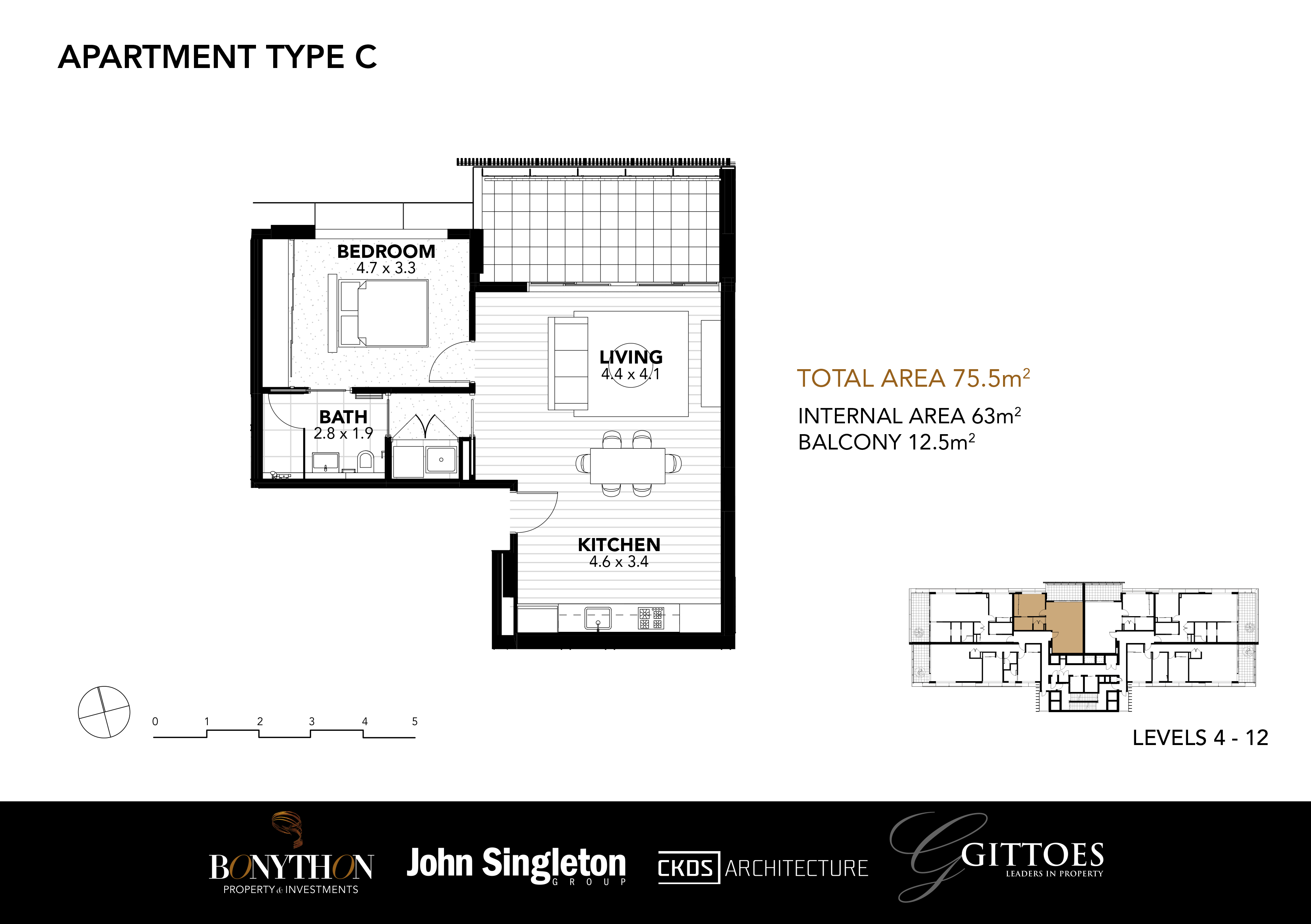 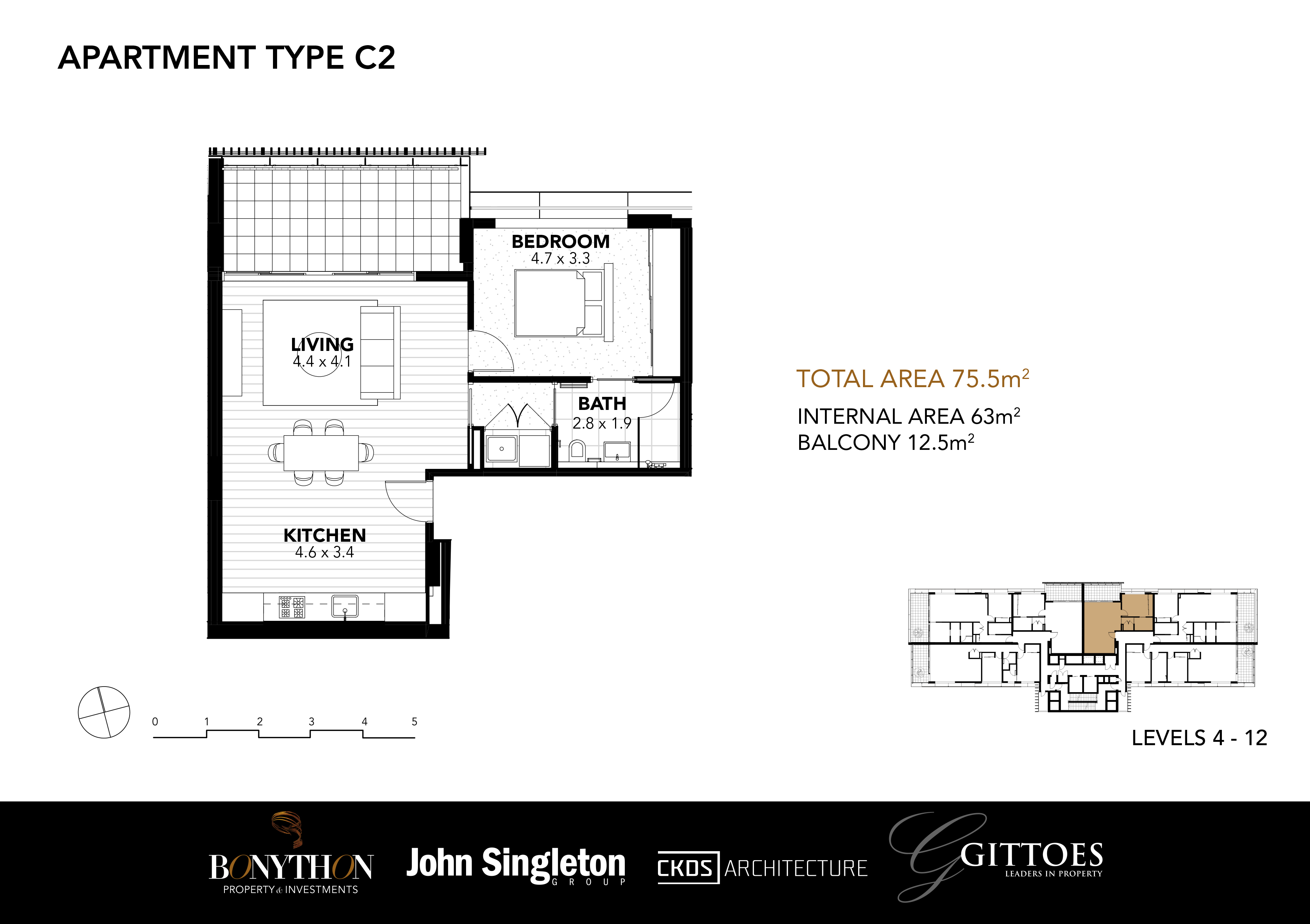 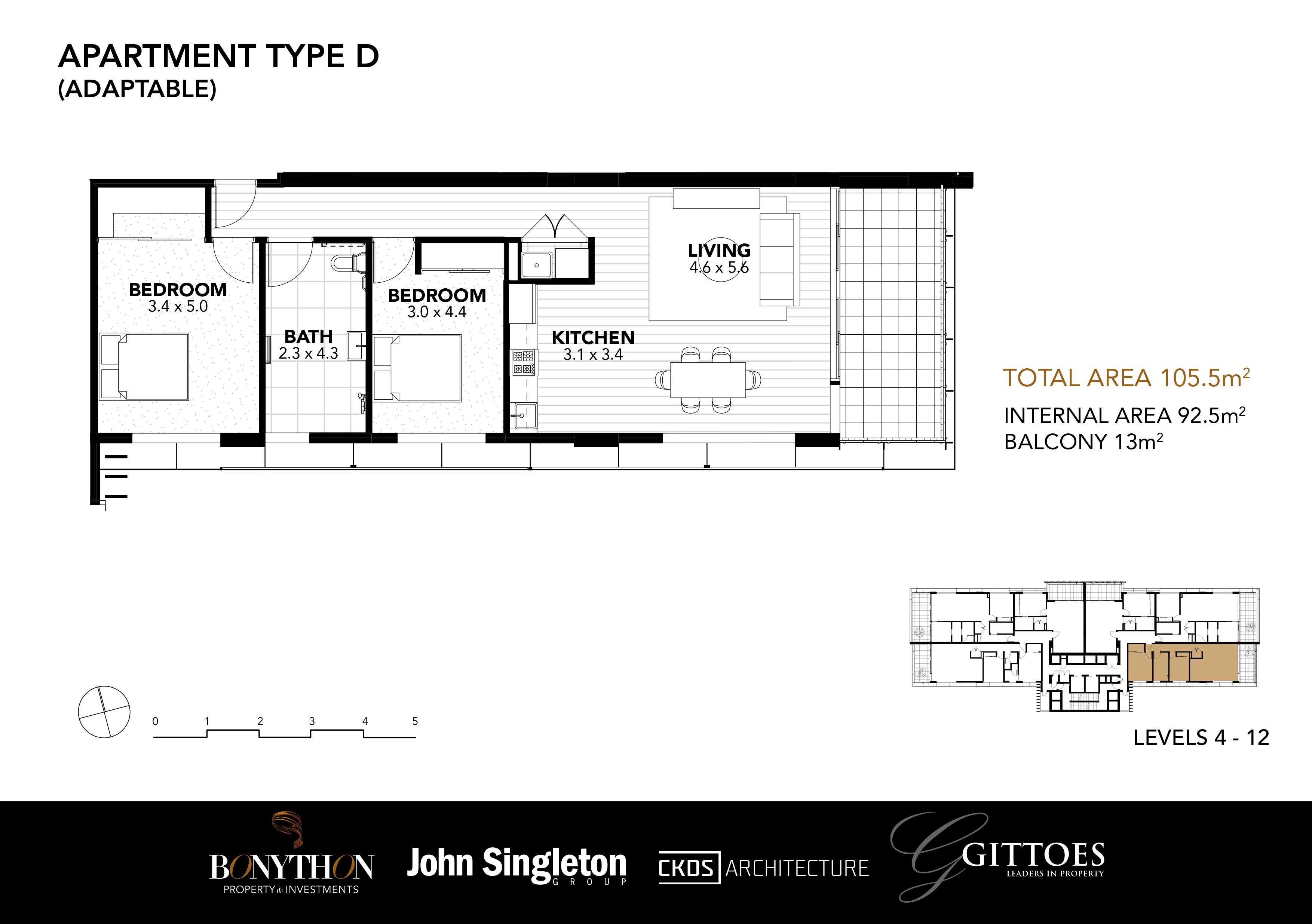 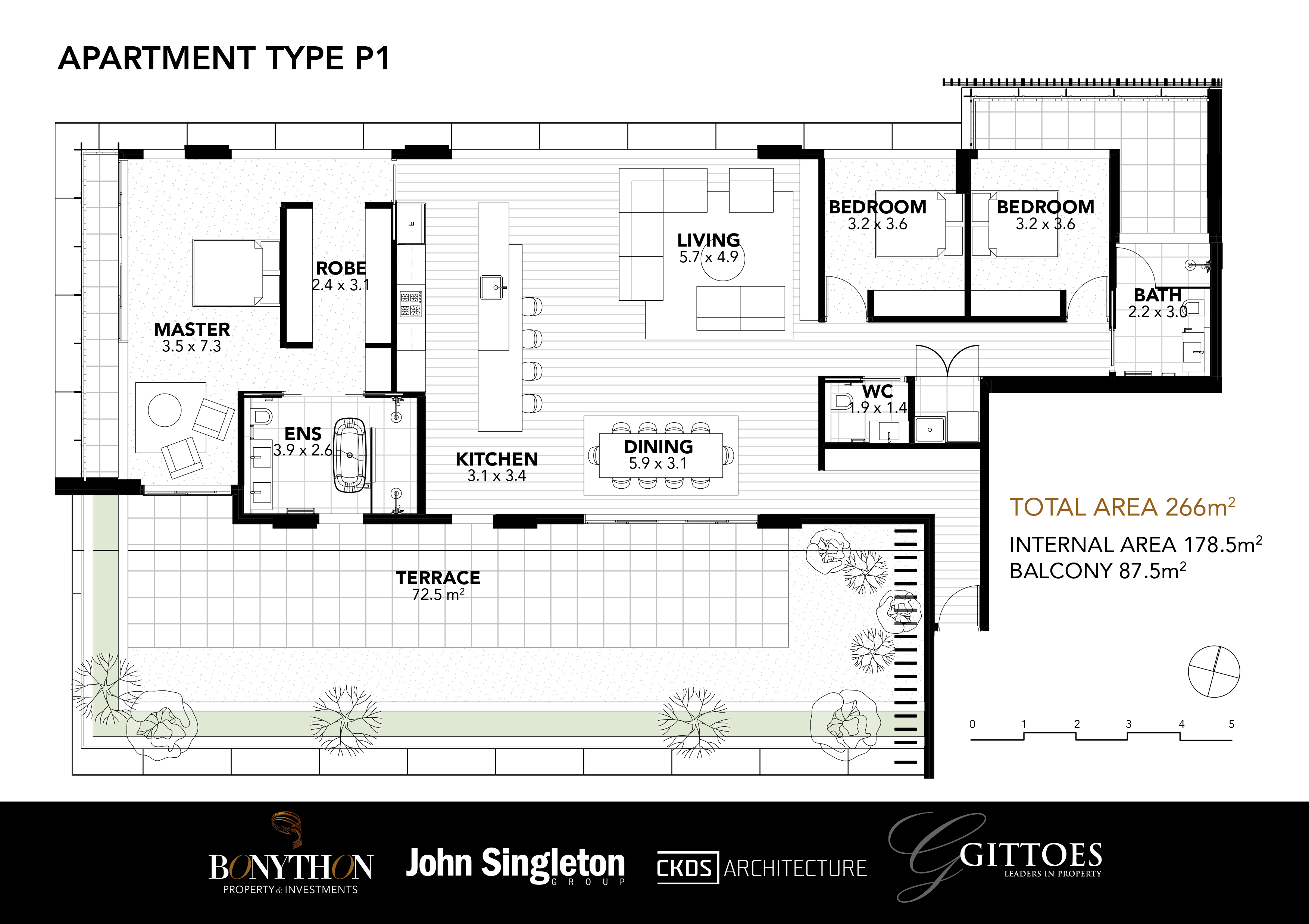 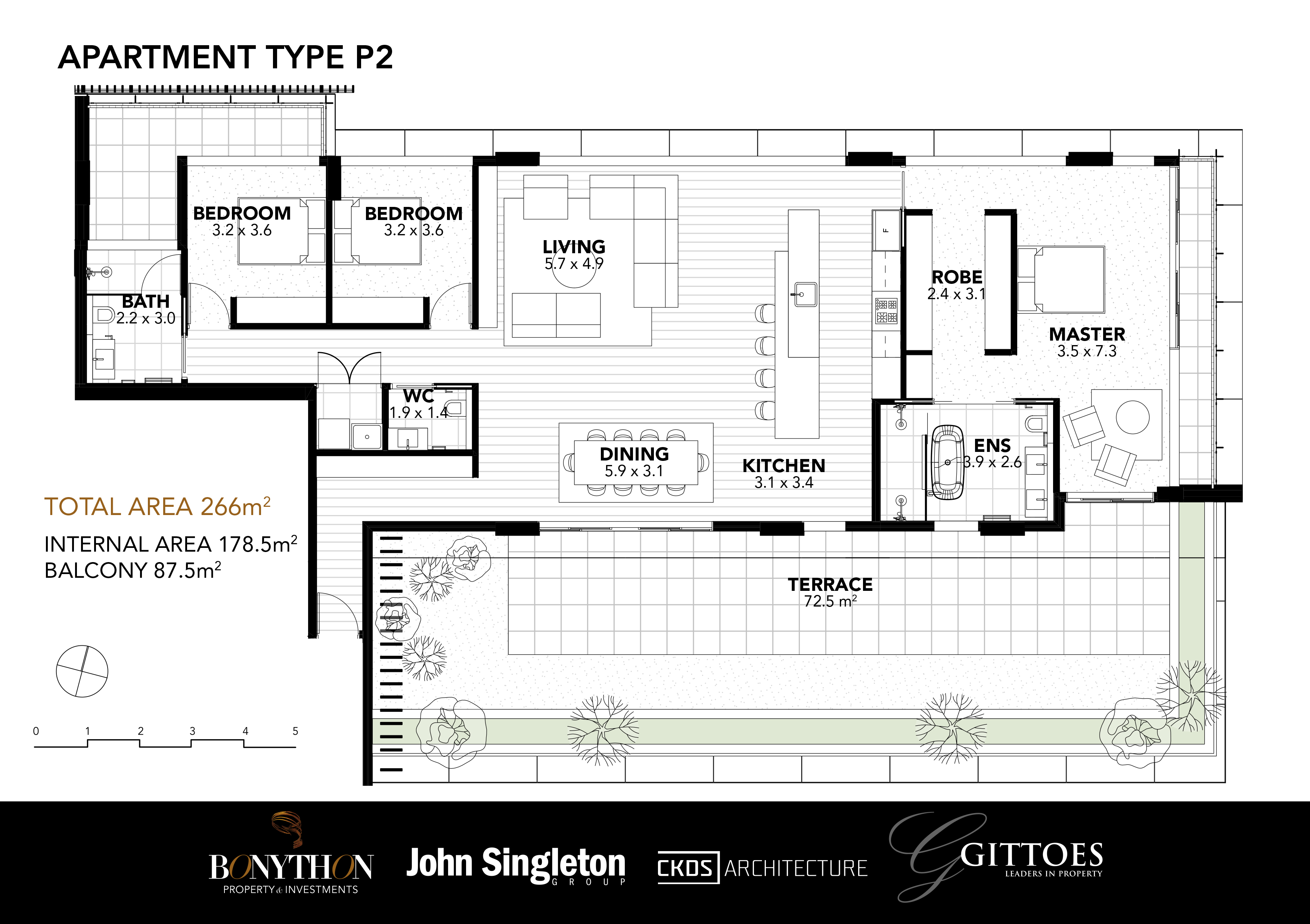 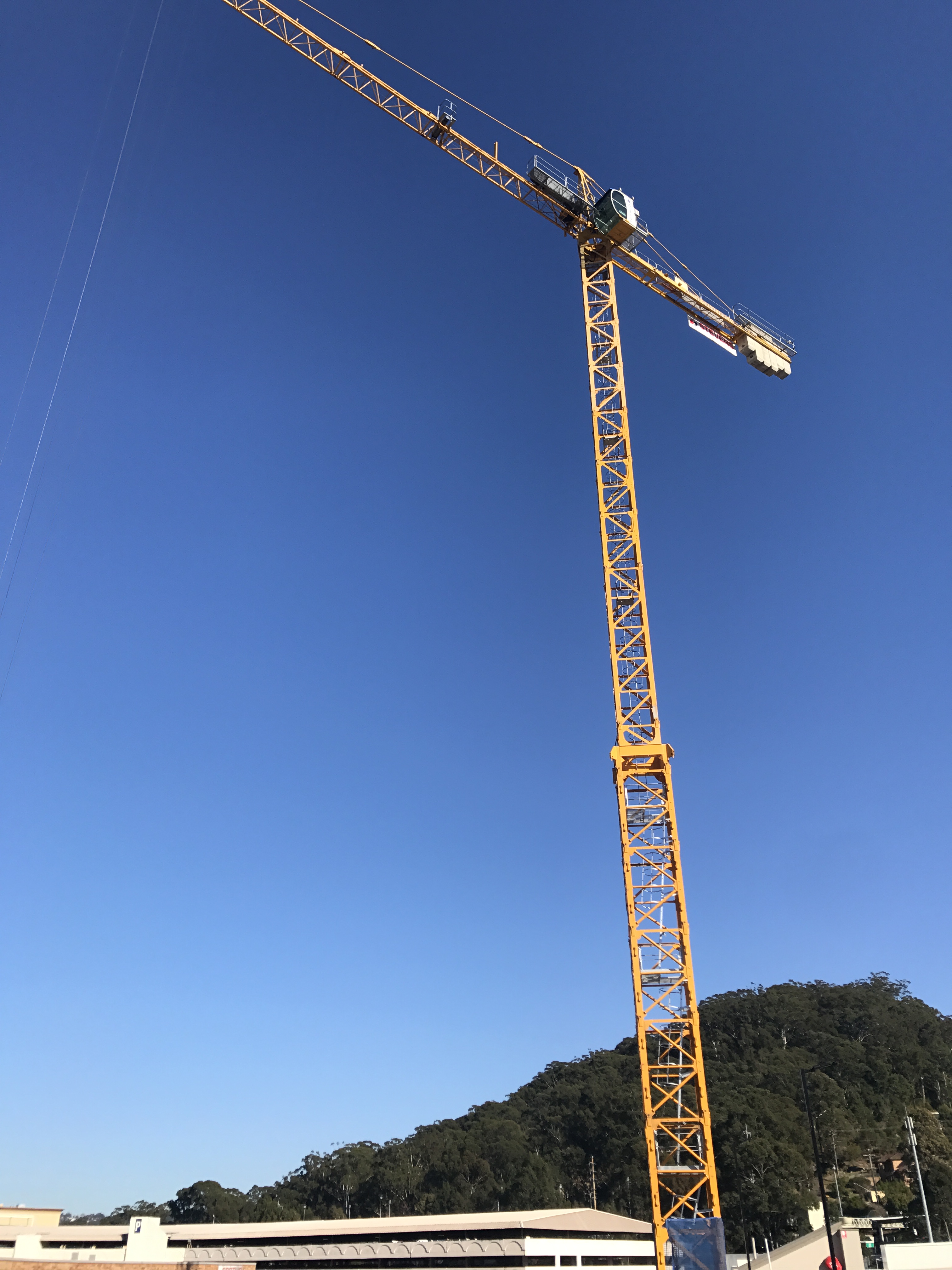 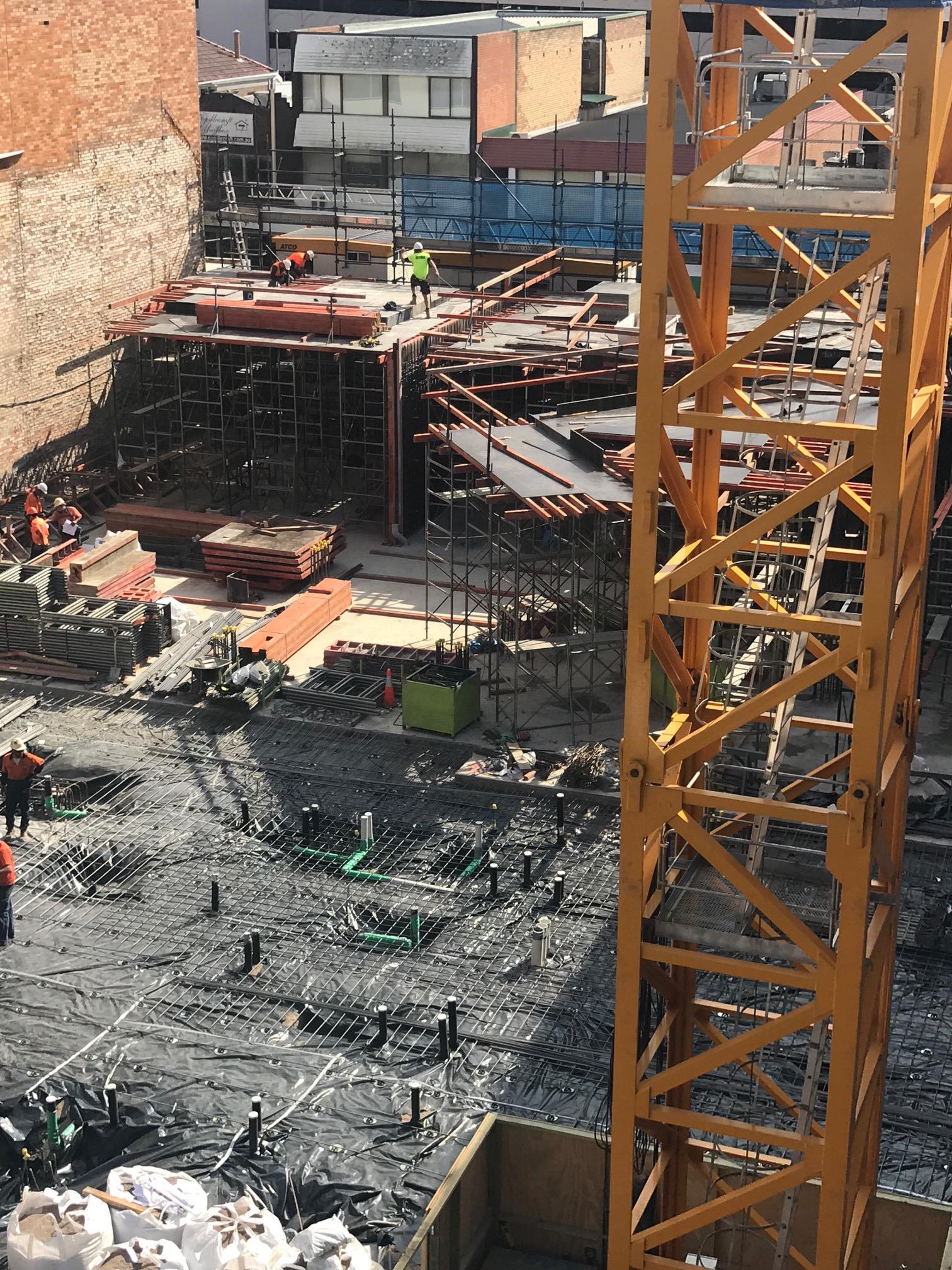 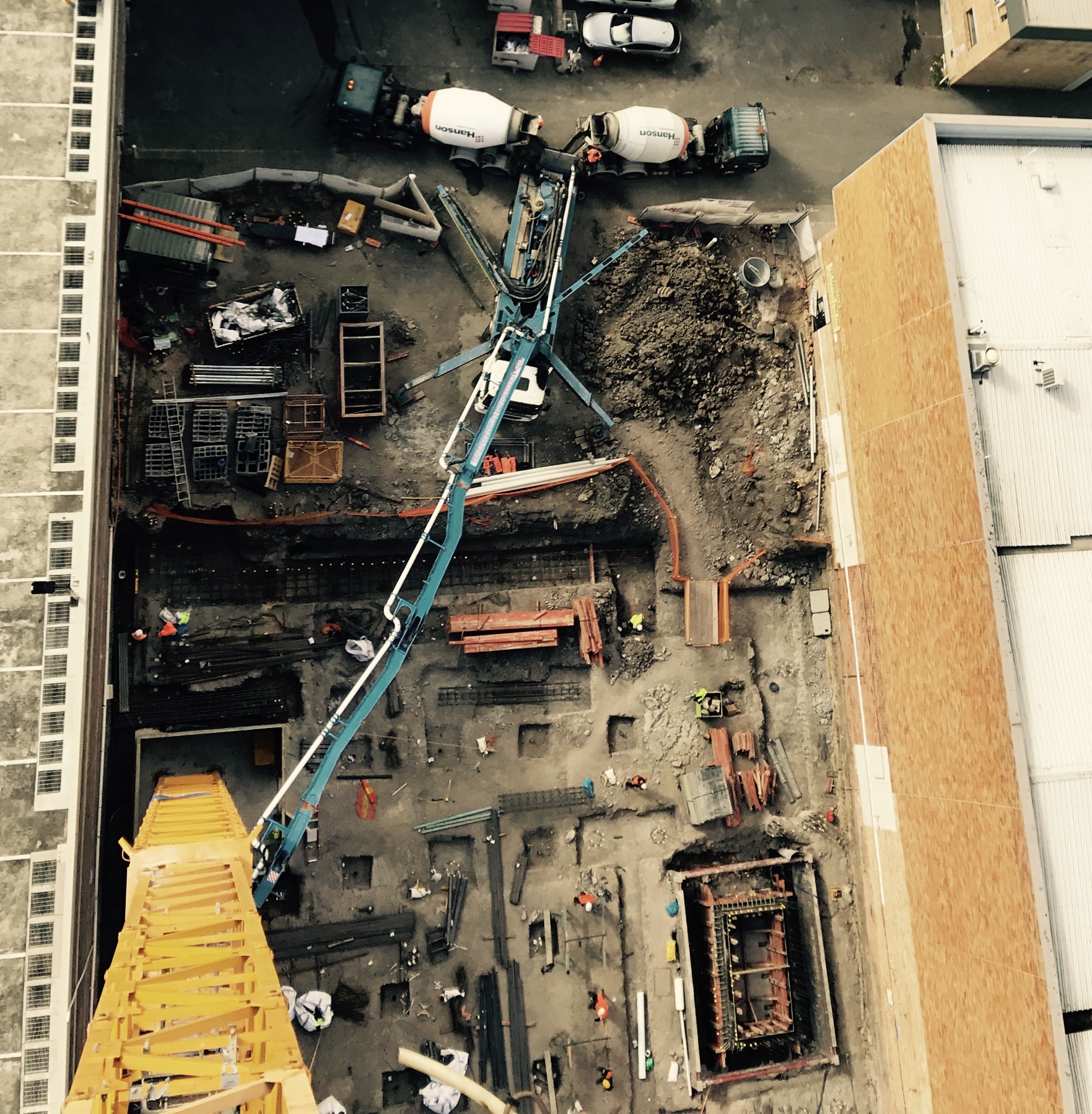 Bonython Property & Investments is the development arm of The John Singleton Group.

They have built a reputation for creating luxury developments, lasting partnerships and local enrichment.

Their focus is strongly on developing inner city and waterfront mixed-use developments that combine living, retail and commercial spaces, without compromising on quality.

One of the company’s recognised strengths is the calibre of its people. They bring together the established and trusted development skills of John Singleton, Paul Anderson, Monique Anderson and Graeme Campbell.

THE HOSPITAL PRECINCT
Gosford boasts major public and private hospitals and a wide range of specialist and support services that cater for the broader Central Coast population. Close to the station, the Hospital Precinct is one of Gosford’s busiest zones and the Masterplan seeks to reinforce its health and wellbeing services. Initiatives include upgrades to Etna Street Bridge, Holden Street and Racecourse Road pedestrian access, new development along Showground Road, the relocation of Gosford Public School and upgrades to Gosford and Henry Kendall High School ovals.

THE RAILWAY PRECINCT
The Railway Station is a major element in the centre of Gosford and as development occurs and more jobs are created, activity in this precinct will naturally increase. Mann Street will be upgraded with wider footpaths, more shade and improved amenity and safety, while Hills and Watt streets will form the green spine that links the northern residential precincts to Kibble Park. Burns Park, a forgotten gem, will be reinvigorated by the removal of the seldom-used Gateway Centre Bridge and the upgrade of the adjoining Bus Interchange.

THE CITY CORE
The traditional heart of Gosford lies around Mann Street and Kibble Park, with retail focused in the zone between Donnison Street and Erina Street. Kibble Park’s recent upgrade has seen its use and activity increase significantly, with play areas, water features, shade structures, swathes of grass and a new café bringing new life into the centre of the city. Key initiatives include the ongoing activation of Kibble Park, an upgrade of Mann Street, an upgrade of Imperial Shopping Centre and enhanced links between Donnison Street and Rumbalara.

THE ARTS & ENTERTAINMENT PRECINCT
One of the key drivers of the Masterplan is to create a wide variety of interesting things to see and do, drawing people back to the area at night and on weekends. This will have enormous social and economical benefits through improved links between existing entertainment elements such as Central Coast Stadium, the Central Coast Leagues Club and Mann Street restaurants as well as the introduction of exciting new elements. Key initiatives include Baker Street Boulevard upgrades and the new Gosford Performing Arts Centre.

THE WATERFRONT
The jewel in Gosford’s crown is undoubtedly the waterfront. The Masterplan allows for enhanced use of this wonderful amenity which will house new retail, entertainment, offices and waterfront apartments, creating a vibrant environment for all. There will be a new public square for events and a new cycle link to Point Clare. Buildings will be designed to minimise view loss from the city and direct access to the water will be allowed at controlled locations. Any development will maintain or enhance the natural environment. The Gosford City Centre Masterplan was born from a partnership between Gosford City Council and the community, which articulated the need and desire for Gosford to be recognised as the regional city of the Central Coast. It establishes how the city will encompass a wide range of uses including business, government, retail, cultural, educational and recreational activities, identifying five key precincts of activity.

As a building gets older and items within it wear out, they depreciate in value. The Australian Tax Office (ATO) allows owners of income producing property to claim a tax deduction called depreciation, on a building's structure and plant and equipment assets contained within it.

Below is a current Tax Depreciation Schedule for this development

Buying a property to lease out is a popular form of long-term investment. Houses and units are easier to understand than many other types of investments.

Gosford has seen a growth in unit sale prices of up to 40% over the last 5 years, and the current tenant vacancy rate is approximately less than 2%.
The strong demand for units during this time was due to the lack of available stock.

For the first time in nearly 10 years we are seeing new developments in the Gosford CBD.

Combine this with the upgrade and expansion of Gosford Hospital, the construction of the ATO and State Finance Department development, Gosford’s need for more dwellings will only increase.

Please see below a link to the Landlord Pocket Guide and our rental estimates for this development.
If we could be of further assistance to you in regards to property investment and leasing, please contact our property management department on 02 4302 1713.

In an effort to improve housing affordability across NSW, the State Government has announced some new First Home Buyer concessions taking effect from 1 July 2017.
The package aims to give first home buyers a better chance of securing their first property by
• Increasing available grants and concessions
• Increasing housing supply at reasonable prices
• Accelerating the delivery of infrastructure to support growing communities
With more First Home Buyers looking to take advantage of the new incentives, this is a very good time for current Home Owners, who may be considering selling, to actually make a move.
For eligible First Home Buyers, this comprehensive package offers -
• No stamp duty payable on all homes up to $650,000
• Reduced stamp duty for homes from $650,000 to $800,000
• A $10,000 grant for builders of new homes up to $750,000 and purchasers of new homes up to $600,000
• No insurance duty on lenders’ mortgage insurance 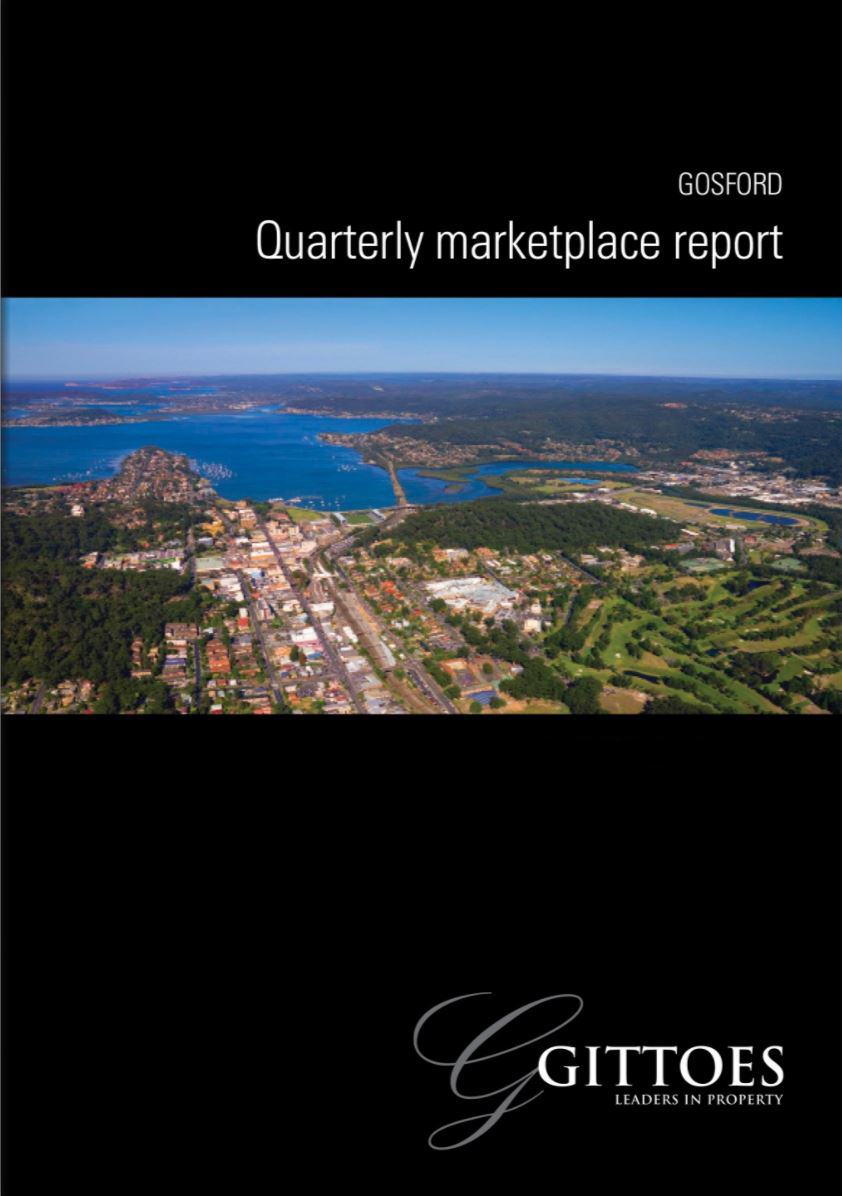 About The Builder - Stevens Construction

Established on the Central Coast in 1988, Stevens Construction has an enviable reputation of building excellence in a wide range of large commercial projects, not only amongst clients, but also in the construction industry. MBA and HIA award winners, Stevens has a state-wide presence and caters for urban and regional areas of New South Wales.

The company’s owners and directors have a hands-on approach that gives clients the added advantage of dealing directly with key people, as well as providing streamlined communication on their project.

Stevens has specialists in design, planning, engineering and construction management. This competent team has built a strong track record in Commercial, Retail, Industrial, Hospitality, Residential and Tertiary. Given the dedication to high standards in work health and safety, Stevens Construction fosters environments that are non adversarial and dispute free. Integrity is at the heart of company operations and the outworking is seen in each finished product – a quality, on-time build.

About the car park

Evolution Parking System (EPS) is the next-generation parking solution that turns one parking spot into two, with the simple turn of a key or press of a button.
Already extremely popular with property-developers, architects, hotels, hospitals, building-managers and home-users, EPS is the perfect solution

Whether it’s in a multi-storey carpark or a small apartment block, EPS’ functional design and solid engineering provides fuss-free, two-level parking, effectively doubling vehicle capacity for any given area.

Easy to use
EPS’ robust, state-of-the art design has been engineered with the user in mind. The top vehicle is simply driven straight onto the rotating platform,
without the need for any awkward manoeuvring. The keyed operating system also provides convenience and security.
Fast
EPS’ advanced engineering gives independent access to both the top and bottom vehicles, allowing the top car to be retrieved without having to
move vehicles around. Simply insert the key, lower the car, and 60 seconds later you’re ready to drive away.
Flexible
The independent functionality provides quicker access to both vehicles, as well as flexibility for the stacker to be used by two different vehicleowners.
Uncompromising design
Car parks don’t always have to look like car parks. EPS’ sleek design creates an attractive aesthetic that can enhance the architectural elegance of any
building. Further customization is also available through the installation of LED lighting or individual color specifications.

With a high standard code of ethics, we will consolidate and grow the business to contribute to the regional economy by providing competitive and excellent service in marketing, selling and leasing residential and commercial property, whilst establishing a sound interaction with the local community and businesses.

Known for achieving great results with satisfied clients, Gittoes looks to the future of Central Coast property. Supported by a professional team experienced in listing strata, waterfront, acreage and residential properties for sale and lease from Terrigal to Somersby, we are enthusiastically able to provide excellent marketing with a complete property service. 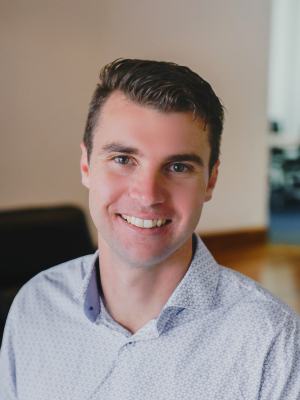 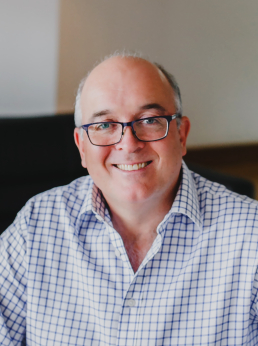